What you Need to Know 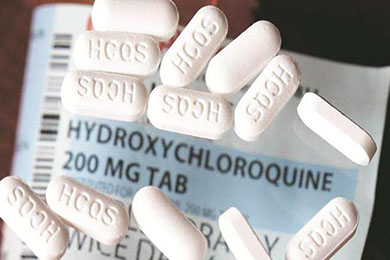 Hydroxychloroquine is also know by it's brand name of Plaquenil. It, as well as chloroquine, are essentially an advanced synthetic form of quinine, which was recognized as a potent antimalarial agent hundreds of years ago. Quinine dates back to the 1600's when it was used to treat febrile illnesses. Around 1943 Chloroquine was being investigated for its use as an antimalarial agent. It was used extensively during World War II to prevent malaria but it also was shown to improve rashes and inflammatory arthritis issues. Around 1945 chloroquine was modified producing a less toxic form of chloroquine which remains in use today as Hydroxychloroquine. In the early 1950s hydroxychloroquine  began being utilized for Lupus and later also for Rheumatoid Arthritis. It is also used off-label for Lyme disease.

Below is a graph from the European CDC showing the difference between those countries that used Hydroxychloroquine and those that did not. 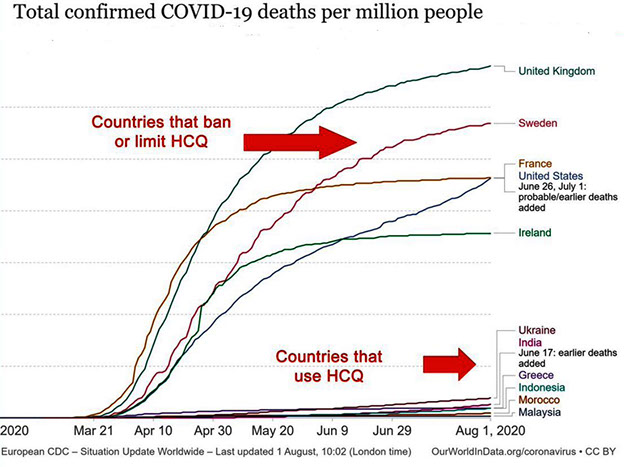 The below video, parts 1 & 2, give a great overview of the current issues surrounding the use of Hydroxychloroquine. I would encourage everyone to watch them and pass this page on to friends and family.

As physicians, we have been attempting to inform the public regarding the successes when using Hydroxychloroquine, but unfortunately the main street media and social media have been deleting and banning us from giving this vital information to you. Some states and pharmacy boards have also prevented physicians from prescribing Hydroxychloroquine to patients, interfering with the physician-patient relationship and our ability to potentially prevent disease and/or mitigate the virus.

Only you, the patient, can change all of this by contacting your local representatives, Governor and even the President urging them to let us practice medicine and prescribe what we know can help the current situation.